What's up with all the English in American planning?

The English accent and the study of English literature are part of the lives of many account planners in America. Why?

Many people with an English (academic) background go into strategy. Same with English cultural backgrounds. Is this a coincidence?

Answer: No, that’s how it works. 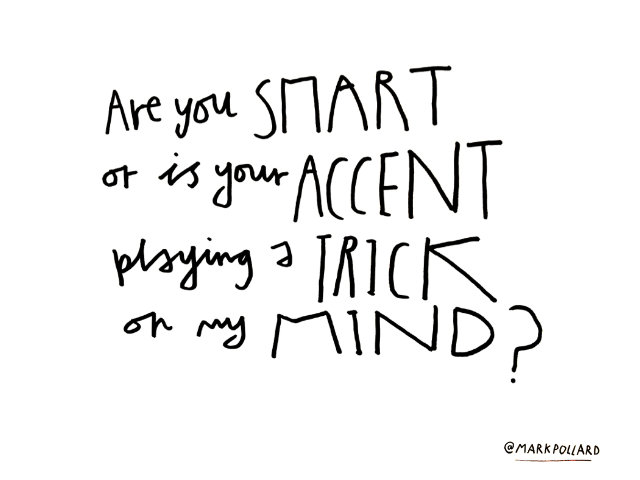 But, here’s a stab at asking the question behind this question, which is probably this: What’s up with all the English in American planning?

If you’re new to planning, you might want to read How to do account planning - a simple approach.

And I’d recommend you listen to this Sweathead interview with Ben Shaw - Strategy Work Is Creative Work. Ben runs strategy at BBH London and discusses how the agency is changing how it recruits.

The London advertising industry has recruited heavily from Oxford and Cambridge over the years (I’m told). These colleges have a history of recruiting for intelligence and background. To study the liberal arts is something of an “elite” idea because such study might or might not lead to a financially viable life. And so English people with great upbringings and elite education have played a huge role in English agencies. Also, Advertising is something of a national interest - a national interest with a prestigious history.

2. London culture is creative and intellectual

When you walk the streets of London you can see and hear banter everywhere. The storefront signage, conversations in front of pubs, debates on television. There’s a lot of verbal jousting. Yes, there are swathes of people outside of London in advertising. I’ve heard that many people have struggled to have the elite parts of the London agency world take them seriously (accents, looks, educational pedigree). But London has been such a heartland for the global advertising agency culture that I’m focusing on it. And it just feels that ideas and intellect are more mainstream. London has a massive creative industry population, too.

This led to planning having a tradition of recruiting intelligent, high-performing, and, sometimes, elite individuals. There’s power in it.

3. The US has a history of anti-intellectualism

If you look at the history of the US mind, there has been a lot of anti-intellectualism. “Thinking? That’s what the elites do to take advantage of us.” Faris Yakob has written and talked about this.

4. The English made and exported planning

Planning originated in London. England exported the idea and many of its planners to agencies around the world. They brought a sense of history and credibility with them. Planning in much of the world started with an English accent.

I feel this more about Australia compared to America than England compared to America. If I had grown up in America and had similar-enough experiences, I don’t know if I’d have ended up in advertising. There are just so many other choices here - more industries and more ways to specialize.

If the UK is more like Australia than America, then this affects the hiring pool. For people fortunate enough to get a good education, advertising isn’t just a legitimate choice, it’s a legitimate choice among fewer possible choices.

6. The US has an inferiority complex when it comes to the intellect

Americans are known for confidence. Yes, over-confidence, too. But I’ve heard tens of times that having a British accent (or an Australian accent that people think is British) means that people think you’re smarter than they are.

Tom Goodwin talks about the premium he believes the New York dating world places on a British accent in an episode of Sweathead here. Also, take a look at Dolly May’s website. She provides “accent softening services” for people who move to London because of the challenges people face when they move to the country’s headquarters.

What’s more, Nashville’s Jake Fagan starts this talk - Why the Beginning Starts with the End - with a joke about accents. And I recall a panel I was on for Digiday down in Miami where a host who didn’t address me personally subtweeted me with this quip: “I wish I could say ‘process’ and ‘project’ like that.” It sounded jealous but honest. And I have seen Tweets from American advertising students visiting New York saying, “I guess I better get an accent if I want to work in planning in New York.”

The word “classically” sounds like an English tic so I’d imagine an elitist planner lobbed that one into American advertising. It hints of the classics, which is another way to signal prestige in background and education.

I can understand the inferiority complex only through the very first point - that many English advertising people have indeed been upper class and have had amazing educations. This is not to diminish anybody because most people still need to work hard to achieve things. Intelligence and high conscientiousness tend to lead to good life outcomes. I heard it somewhere.

7. It isn’t easy to migrate - it takes clout

Sure, people move around the world in all kinds of ways but many visas require good education and the promise of a higher-than-average salary. This means that the visa process selects for people who’ve done well. Doing well does involve innate gifts but it also often involves rare life privileges.

People who come to the industry here in America are often - not always - quite successful and ambitious and, importantly, have the means to make it happen.

8. Studying English is studying humanity Then we get into the double-entendre of “What’s up with all the English people in American planning roles?”

Strategy Is Your Words - Book Introduction

It's time to focus on what matters in strategy: words.

How to make a presentation make a point

How do you turn your Information Monster into a Story Rainbow?

Over 90,000 people have read this guide to account planning. It includes two drawings and 4,000 words. Simple, right?