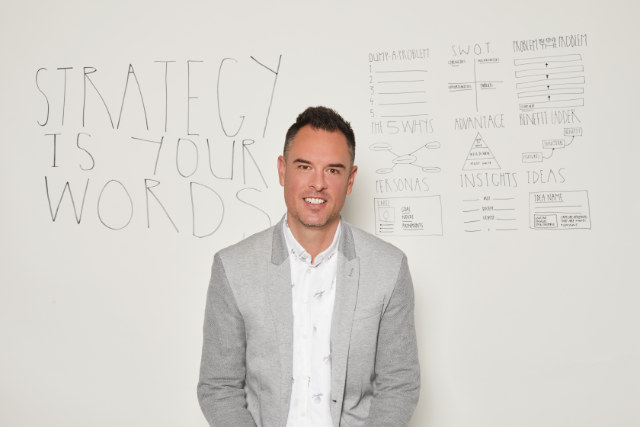 Once upon a time, I lived at least two lives. At the age of 19, I started work in the agency world. This was also the same age I started work on what became Australia’s first full-color hip hop magazine. By day, it was business, and, at all other times, it was hip hop. I didn’t really talk about the hip hop world at work because that was an era when people ridiculed it. Ten years later, they’d go to the festivals headlined by hip hop artists.

In the agency world, I started as a digital producer, where a digital producer managed the projects, billing, clients, functional specifications, information architecture, wireframes, analytics, and often wrote the copy. I don’t think I met a digital strategist until a few years into my career. They didn’t exist.

I loved the Internet. It was so immediate, you could skirt around gatekeepers, and it didn’t cost much - if anything - to put something on it. And, with hip hop, what I loved was its commitment to two things: raw expression and action. If you wanted to do something, you just did something, and, when you did it, there weren’t many places to hide.

This energy was real to me. But, as I navigated bigger agencies and morphed into a planner, I found myself both intrigued and energized by how it all worked and also frustrated by any semblance of hierarchy, process that slowed things down, or thinking that hid in nonsense frameworks and IP.

In the last couple of years of my twenties, a few things happened. My wife and I had two children, I moved into my first strategy-only role at Leo Burnett under Todd Sampson, Wall Street crashed, Twitter launched, and I met Julian Cole. As the recession hit and my clients’ offices emptied, as more social media conferences featured social media gurus who’d never done anything on the Internet, and as I saw the mischief that Julian Cole brought to bear on his blog, I decided to see what it felt like to be “that guy” - the one I was avoiding, the one who wrote about strategy. So I wrote 7 things hip hop taught me about community for Julian’s blog in 2008, people read it, I kept writing, and then I launched this website at the start of 2009.

I write to work out what I think, to keep myself company, to find my people, and because I really love it. I know myself in my words whether they are on a page or out loud in public. I teach and train people because I know the power of strategy and creativity, and I know the beauty of this career even though I also know the industry is tough, riddled with mental health challenges, assholes, and burnout.

Helping people think is my life’s work and it currently happens through the theme of strategy but that is never what it’s really about. I do strategy because when I work closely with clients, I’m often not just solving a business issue - I’m helping them to better understand themselves and then to put that new understanding into the world with fireworks. And this is what I do at Mighty Jungle in New York City.

You can find my work history on LinkedIn. If you need my biography, click here. And, yes, I’d love to work with you.

P.S. Jarrett Fuller made the website and Lena Nicholson took the photos.